Success stories from our customers speak volumes and are the best possible advertisements for our products. Here we present a selection of success stories which have been published in various media.

If you have a success story with a WideTEK® or Bookeye® scanner product which you would like to share, please contact us and we will publish your story here. 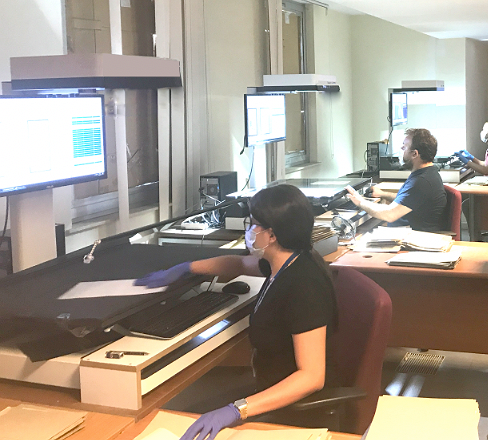 Preserving Documents of the Ottoman Empire with Bookeye® Scanners

To digitize the enormous number of documents – some of which are from as early as the 16th Century - the archivists in Istanbul use Bookeye scanners. In a huge installation of Bookeye 4 V1A® scanners, already more than 30 million of those historic, fragile and unique documents have been digitized.

As one of the leading auction houses for stamps and coins in Europe, based in Oberkirch / Baden, the auction house Götz, is always on the lookout for new, future-oriented products for the graphic design of their auction catalogs. Since Auction House Götz holds international auctions several times a year with several thousand lots each, they say they are open to innovative solutions, which they have found with the WideTEK 12 and Bookeye 5 V3 scanners from Image Access. 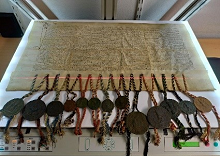 Over 4 Million Scans! WideTEK® 36DS Gets Top Ratings from Nielsen

More than eight years in use, over 4.2 million scans and a very satisfied customer. Using two WideTEK® 36DS-300 large format duplex scanners, sold in 2010 by Image Access to Nielsen Media Research GmbH in Germany, they were able to scan millions of newspaper pages. 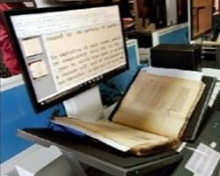 Delhis`s journey since 1803, at the click of a mouse

NEW DELHI: Over 50 lakh pages of archival records, which have been digitised over the past 16 months, will be made online within a month by Delhi government. The digitised records, which include a large number of government orders, rare photographs and manuscripts, will be available on the website of Delhi Archives that is likely to be launched by chief minister Arvind Kejriwal. While the access to the repository of historically important documents would be free, those interested in downloading the hi-resolution document would have to sign up and pay a fee.

Image Access Partner Limeksofis has successfully integrated a total of 43 Bookeye® 4 V2 Professional scanners for the purpose of digitizing the document archive of the Land Registry and Cadaster of the Turkish Republic.

BT Heritage & Archives preserves the historical information of British Telecommunications plc and its predecessors from the early part of the nineteenth century up to the present day, effectively the history of telecommunications services in the United Kingdom and from the UK to overseas. Customer demand for digital access to this rich and informative history is ever-increasing.

Three years ago the National Art Library at the Victoria and Albert Museum purchased three Bookeye 4 scanners for public use and a further Bookeye 3 production model, exclusively for staff use. Previously we used coin-operated Bookmaster photocopiers for public use but these were labour-intensive to maintain, posed potential dangers to rare and fragile books and could only copy up to A3 in black in white.

A Perfect Team at the Bucerius Law School: Bookeye 4 and Q Pilot

In May 2015, the Hamburg Bucerius Law School replaced its entire inventory of book scanners with Bookeye® 4 overhead book scanners. Each of the three floors of its library now houses its own Bookeye 4, serving the law students around the clock, since this elite university law library is open 24/7.

In the middle of regular daily operations, Germany´s second largest library successfully managed not only a technical, but also an organizational system upgrade in their scanning services infrastructure. The Bavarian State Library upgraded both the document delivery function in the back office and the self-service stations in the public reading rooms to the latest generation of book scanners.

The development of a highly customized book scanner special model Bookeye® 4 V2 Professional, made by Image Access for the Municipal Archives of Lingen (Ems / Germany) - for operation by a visually impaired employee to digitize the archive?s collected materials.

With over 100 years of history to be preserved in the Documentation and Information Centre of Sport Lisboa e Benfica, which brings together the best practices of conserving the large amount of documentation and the best document management technology to guarantee online access to information.

My experience with Bookeye® - Customer Tells It Like It Is
From Abhijit Bhattacharya, Centre for Studies in Social Sciences, Calcutta

In the month of January 2009 I had to propose discontinuing microfilming and switching for best possible scanning solution for the Urban History Documentation Archive of the Centre for Studies in Social Sciences, Calcutta during a meeting of the academic committee for the archives.

WideTEK 48 vs. Magnum G600 - Customer Tells It Like It Is
INTERVIEW with Werner Claussnitzer, XDOC GmbH

Image Access spoke with Werner Claussnitzer, the president of XDOC, a company for business information technology and document management.  Mr. Claussnitzer had an interesting story to tell about his work with the large format scanners from two vendors: the Magnum G600 from Contex and the WideTEK 48 from Image Access.